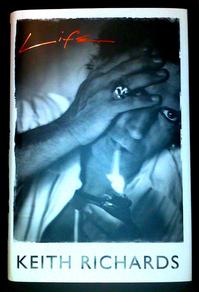 (p. 289) The tax rate in the early ’70s on the highest earners was 83 percent, and that went up to 98 percent for investments and so-called unearned income. So that’s the same as being told to leave the country. … The last thing I think the powers that be expected when they hit us with the super-super tax is that we’d say, fine, we’ll leave. We’ll be another one not paying tax to you. They just didn’t factor that in. It made us bigger than ever, and it produced Exile on Main St., which was maybe the best thing we did. They didn’t believe we’d be able to continue as we were if we didn’t live in England. And in all honesty, we were very doubtful too. We didn’t know if we would make it, but if we didn’t try, what would we do? Sit in England and they’d give us a penny out of every pound we earned? We had no desire to be closed down. And so we upped and went to France.

Some consumers let their guard down on medical issues, assuming that the government Food and Drug Administration (FDA), and large incumbent bureaucratic non-profits, like the American Cancer Society (ACS), will protect them—it ain’t necessarily so. Caveat emptor should remain the rule for consumers.

(p. 39) Of note, one of the reasons for the lack of updating the rules and acknowledging UVA rays has been heavy pressure from sunscreen manufacturers, which include Johnson and Johnson (Neutrogena), Merck-Schering Plough (Coppertone), Proctor and Gamble (Olay), and L’Oreal. Interestingly, in Europe products that provide solid UVA protection have been available for years. The concerns run even deeper because many of the products (41 percent in the United States) contain a form of vitamin A known as retinyl palmitate, which has been associated with increased likelihood of skin cancer. There are, however, no randomized studies, but biological plausibility and the observational findings of a rising incidence of basal cell (p. 40) carcinoma and melanoma, despite the widespread use of sunscreens. In mid-2011, the FDA finally unveiled some new rules about sunscreen claims.