(p. A11) President Obama has declared the Affordable Care Act a success–a reform that is “here to stay.” The question remains, however: What should we expect to come out of it, and do we want the effects to stay? If the experiences of Sweden and other countries with universal health care are any indication, patients will soon start to see very long wait times and difficulty getting access to care.
. . .
Rationing is an obvious effect of economic planning in place of free-market competition. Free markets allow companies and entrepreneurs to respond to demand by offering people what they want and need at a better price. Effective and affordable health care comes from decentralized innovation and risk-taking as well as freedom in pricing and product development. The Affordable Care Act does the opposite by centralizing health care, minimizing or prohibiting differentiation in pricing and offerings, and mandating consumers to purchase insurance. It effectively overrides the market and the signals it sends about supply and demand.
Stories of people in Sweden suffering stroke, heart failure and other serious medical conditions who were denied or unable to receive urgent care are frequently reported in Swedish media. Recent examples include a one-month-old infant with cerebral hemorrhage for whom no ambulance was made available, and an 80-year-old woman with suspected stroke who had to wait four hours for an ambulance.
Other stories include people waiting many hours before a nurse or anyone talked to them after they arrived in emergency rooms and then suffering for long periods of time before receiving needed care. A 42-year-old woman in Karlstad seeking care for meningitis died in the ER after a three-hour wait. A woman with colon cancer spent 12 years contesting a money-saving decision to deny an abdominal scan that would have found the cancer earlier. The denial-of-care decision was not made by an insurance company, but by the government health-care system and its policies.

For the full commentary, see:
PER BYLUND. “OPINION; What Sweden Can Teach Us About ObamaCare; Universal public health care means the average Swede with ‘high risk’ prostate cancer waits 220 days for treatment.” The Wall Street Journal (Fri., April 18, 2014): A11.
(Note: ellipsis added.)
(Note: the online version of the commentary has the date April 17, 2014.) 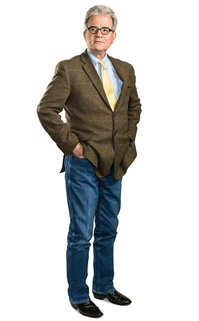 Senator Tom Coburn. Source of photo: online version of the NYT interview quoted and cited below.

(p. 12) You recently learned you have prostate cancer and announced that you’ll be leaving the Senate next January two years before the scheduled end of your term. How are you feeling? I’m feeling good. I’m not cured of the disease, but I’m on my way to marked improvement. And they may potentially have a cure. But I’ve got 5 or 10 years in front of me even if they don’t cure it.
. . .
Do you really think the problem in Washington is that people don’t listen to one another? My philosophy is different than most of the people up here. I think if you do the right thing and lose, you still did the right thing. I think if you do less than the right thing and win, it’s morally reprehensible.

(p. 163) . . . , Edison had declared publicly that his inventions should be judged only on the basis of commercial success. This had come about when a reporter for the New York World had asked him a battery of questions that threw him off balance: “What is your object in life? What are you living for? (p. 164) What do you want?” Edison reacted as if he’d been punched in the stomach, or so the writer described the effect with exaggerated drama. First, Edison scanned the ceiling of the room for answers, then looked out the window through the rain. Finally, he said he had never thought of these questions “just that way.” He paused again, then said he could not give an exact answer other than this: “I guess all I want now is to have a big laboratory” for making useful inventions. “There isn’t a bit of philanthropy in it,” he explained. “Anything that won’t sell I don’t want to invent, because anything that won’t sell hasn’t reached the acme of success. Its sale is proof of its utility, and utility is success.”
He had been put on the spot by the reporter, and had reflexively given the marketplace the power to define the meaning of his own life.