(p. C1) Mr. Eimer is a British correspondent who sometimes roamed around minority areas using a second passport with (p. C6) a tourist visa to avoid official restrictions that apply to journalists. What he found on his travels was a pattern of misrule and oppression on the part of the Han, as ethnic Chinese call themselves, and a mixture of resentment, despair, resignation and anomie among the subjugated peoples.
. . .
Because Mr. Eimer is not bound by diplomatic or journalistic niceties, he can be blunt in the terminology he uses. To him, China is not so much a state or a nation as a “huge, unwieldy and unstable empire,” with the Han in the dominant position that the Austrians, Turks or English once enjoyed in empires now vanished.
. . .
“We say China is a country vast in territory, rich in resources and large in population,” Mao Zedong said in a 1956 speech buried deep in the fifth volume of his selected works but cited by Mr. Eimer as a likely explanation for Chinese expansionism. “As a matter of fact, it is the Han nationality whose population is large and the minority nationalities whose territory is vast and whose resources are rich.”
As the Mao speech shows, Mr. Eimer is especially adept at ferreting out obscure historical facts and documents that put the lie to Beijing’s claims that these outlying areas have always been part of China. To deal with neighbors who were then outside its borders, the Qing dynasty, he notes, “established a separate bureaucracy called the Lifan Yuan, or Court of Colonial Affairs,” which “functioned much like the former Colonial Office in the U.K., which administered the British Empire.”
Mr. Eimer’s travels take him to all four quadrants of China’s land border, the longest in the world. His method is to spend time with an ethnic minority living in Chinese territory, then cross over to a neighboring country to see how the same group is faring there — almost always better than in China.

The book being reviewed is:
Eimer, David. The Emperor Far Away: Travels at the Edge of China. New York: Bloomsbury USA, 2014.

(p. 5B) We may have a “senile economy,” says economist Robert Litan of the Brookings Institution. That’s senile as in old, rigid and undynamic.

Litan is not just blowing smoke. In a new study, he and Ian Hathaway measured the age of American businesses. They were astonished by what they found: From 1992 to 2011, the share of U.S. firms that were 16 and older jumped from 23 percent to 34 percent.

What happened to all the entrepreneurs? Good question.

“We do not have an explanation,” write the University of Maryland and the Census Bureau economists. Neither does Litan. “One theory is that the cumulative effect of regulations,” he says, discriminates against new businesses and favors “established firms that have the experience and resources to deal with it.” What allegedly deters and hampers startups is not any one regulation but the cost and time of complying with a blizzard of them.

The article mentioned above by Hathaway and Litan is:
Hathaway, Ian, and Robert E. Litan. “The Other Aging of America: The Increasing Dominance of Older Firms.” In Economic Studies at Brookings, The Brookings Institution (July 2014): 1-17. 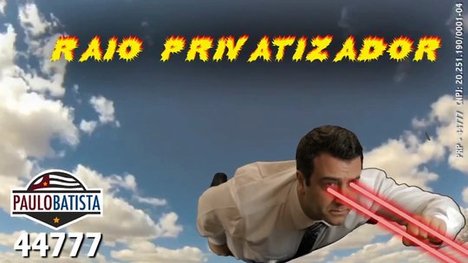 (p. A4) RIO DE JANEIRO — An auditor flies through the air like Superman, shooting laser beams from his eyes.
. . .
“The neutral, generic method of appealing to voters is a mediocre and failed way of doing politics,” said Paulo Batista, 34, a real estate auditor and self-described libertarian who is running for a seat in São Paulo’s state legislature.
Mr. Batista’s ads, depicting him as a superhero using his laser vision to privatize dilapidated commuter trains, are popular on YouTube.