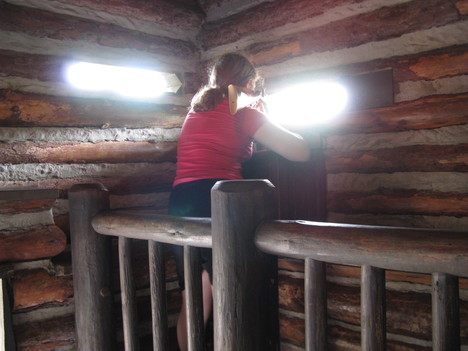 (p. 143) . . . capitalism creates a critical frame of mind which, after having destroyed the moral authority of so many other institutions, in the end turns against its own; the bourgeois finds to his amazement that the rationalist attitude does not stop at the credentials of kings and popes but goes on to attack private property and the whole scheme of bourgeois values.

The bourgeois fortress thus becomes politically defenseless. Defenseless fortresses invite aggression especially if there is rich booty in them. Aggressors will work themselves up into a state of rationalizing hostility—aggressors always do. 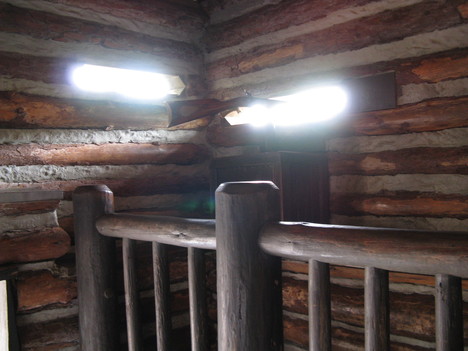 (p. A17) This year will be remembered not just for one of the worst financial crises in American history, but also as the moment when economists abandoned their principles. There used to be a consensus that selective intervention in the economy was bad. In the last 12 months this belief has been shattered.

Practically every day the government launches a massively expensive new initiative to solve the problems that the last day’s initiative did not. It is hard to discern any principles behind these actions. The lack of a coherent strategy has increased uncertainty and undermined the public’s perception of the government’s competence and trustworthiness.

The Obama administration, with its highly able team of economists, has a golden opportunity to put the country on a better path. We believe that the way forward is for the government to adopt two key principles. The first is that it should intervene only when there is a clearly identified market failure. The second is that government intervention should be carried out at minimum cost to taxpayers. 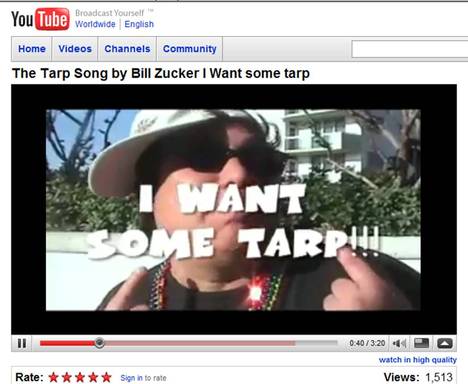 Screen capture from the link cited below.

Today (Weds., 1/21/09) on CNBC, I caught a snippet of a replay of Bill Zucker’s musical video parody of the government’s TARP (Troubled Assets Relief Program) bailout. It was funny, and mainly on-target.

The Palace of Discovery mentioned in the passage below was a part of the 1937 Paris Exposition.

(p. 206) The mastermind behind the Palace of Discovery, French Nobel Prize laureate Jean Perrin, wrote, “In spite of the wars and the revolutions, in spite of the economic crisis and unemployment, through our worries and anxieties, but also through our hopes, civilization’s progress is going faster and faster, thanks to ever-more flexible and efficient techniques, to farther- and farther-reaching lengths. . . . Almost all of them have appeared in less than a century, and have developed or applied inventions now known by all, which seem to have fulfilled or even passed the desires expressed in our old fairy tales.”

Source:
Hager, Thomas. The Demon under the Microscope: From Battlefield Hospitals to Nazi Labs, One Doctor’s Heroic Search for the World’s First Miracle Drug. New York: Three Rivers Press, 2007.
(Note: ellipsis in the title is added; ellipsis in the quoted passage is in the original.)

In the commentary quoted below, Tyler Cowen makes the important point that recovery from the current economic crisis is being slowed by uncertainty about what the government will do next. While the uncertainty lasts, consumers will consume less, and investors will invest less.
Amity Shlaes has made a similar point about the Great Depression. Uncertainty about what policies FDR would try next, kept investors from risking their money in new entrepreneurial ventures.

(p. 5) The financial crisis is a result of many bad decisions, but one of them hasn’t received enough attention: the 1998 bailout of the Long-Term Capital Management hedge fund. If regulators had been less concerned with protecting the fund’s creditors, our current problems might not be quite so bad.
. . .
. . .    Today, . . . , that ad hoc intervention by the government no longer looks so wise. With the Long-Term Capital bailout as a precedent, creditors came to believe that their loans to unsound financial institutions would be made good by the Fed — as long as the collapse of those institutions would threaten the global credit system. Bolstered by this sense of security, bad loans mushroomed.
. . .
While there are some advantages to leaving discretion in regulators’ hands, this hasn’t worked out very well. It has become increasingly apparent that the market doesn’t know what to expect and that many financial institutions are sitting on the sidelines, waiting to see what regulators will do next. Regulatory uncertainty is stifling the ability of financial markets to engineer at least a partial recovery.

For the Amity Shlaes book mentioned above, see:
Shlaes, Amity. The Forgotten Man: A New History of the Great Depression. New York: HarperCollins, 2007.

(p. A15) The incoming Obama administration and congressional Democrats are now considering a second fiscal stimulus package, estimated at more than $500 billion, to follow the Economic Stimulus Act of 2008. As they do, much can be learned by examining the first.

The major part of the first stimulus package was the $115 billion, temporary rebate payment program targeted to individuals and families that phased out as incomes rose. Most of the rebate checks were mailed or directly deposited during May, June and July.

The argument in favor of these temporary rebate payments was that they would increase consumption, stimulate aggregate demand, and thereby get the economy growing again. What were the results? The chart nearby reveals the answer.

The lower line shows personal consumption expenditures by households. Observe that consumption shows no noticeable increase at the time of the rebate. Hence, by this simple measure, the rebate did little or nothing to stimulate consumption, overall aggregate demand, or the economy.

These results may seem surprising, but they are not. They correspond very closely to what basic economic theory tells us. According to the permanent-income theory of Milton Friedman, or the life-cycle theory of Franco Modigliani, temporary increases in income will not lead to significant increases in consumption. However, if increases are longer-term, as in the case of permanent tax cut, then consumption is increased, and by a significant amount.

In the Clinton administration, Martin Neil Baily was the Chair of the Council of Economic Advisers. He is one of those Democratic economists, along with Brad DeLong and Larry Summers, who appreciates the importance of innovation through the process of creative destruction, in making our lives better.

(p. A15) The economic attention of U.S. government and business leaders is fixed squarely on the downturn and financial crisis. Whether or not bailouts are proper short-term medicine, economists agree that the long-run solution for restoring economic growth lies in raising productivity.

The single best measure of a country’s average standard of living is productivity: the value of output of goods and services a country produces per worker. The more workers produce, the more income they receive, and the more they can consume. Higher productivity results in higher standards of living.

So how has U.S. productivity grown recently? Unfortunately, very slowly. After averaging 2.7% productivity growth from 1995 through 2002, annual growth of productivity in the nonfarming business sector has slowed dramatically — to just 1.7% in 2005, 1.0% in 2006, and 1.4% in 2007. At this new average rate of under 1.4%, it would take nearly 52 years for average U.S. living standards to double — versus just 26 years at the earlier average. Signs of this slowdown are apparent, particularly in the waning competitiveness of U.S. sectors like automobiles, financial services and information technology.

On Monday, we are issuing a new report that details a set of policies the government could implement to boost U.S. productivity growth. Time is of the essence in addressing this challenge because the economy-wide impacts of structural policies tend to appear only gradually, in part because of many-year corporate planning horizons. It is also because faster productivity growth will ease the burden of massive U.S. fiscal deficits now projected for the coming years.

A central theme of this report is the critical role that competitive product markets play in spurring productivity growth and boosting standards of living. One of the great U.S. policy successes of recent decades has been the bipartisan removal of regulations that stifle competition and innovation in product markets. U.S. industries that face strong competitive intensity are more productive than highly regulated or otherwise sheltered industries. This competition, in turn, yields higher incomes and greater choices for consumers.

Maintaining the productivity benefits of product market competition requires sound choices in areas including trade and investment, regulation and infrastructure.