So my immodest hope for Openness is both that it advances the science of economics, and that it helps to save the world.

PS: Openness can be purchased from Oxford University Press for 30% off using the discount code ASFLYQ6.

(p. A15) WASHINGTON — Marilyn B. Tavenner, the former Obama administration official in charge of the rollout of HealthCare.gov, was chosen on Wednesday to be the top lobbyist for the nation’s health insurance industry.
Ms. Tavenner, who stepped down from her federal job in February, will become president and chief executive of America’s Health Insurance Plans, the trade group whose members include Aetna, Anthem, Humana, Kaiser Permanente and many Blue Cross and Blue Shield companies.
As the new voice for insurers, Ms. Tavenner will lead the industry in a time of tumultuous changes and challenges, including delicate negotiations with Congress over the future of the Affordable Care Act.
. . .
The board of America’s Health Insurance Plans unanimously elected Ms. Tavenner at a meeting here on Wednesday, according to Mark B. Ganz, the board chairman, who is also the chief executive of Cambia Health Solutions, based in Portland, Ore.
. . .
Mr. Ganz said that Ms. Tavenner had “the trust and respect of members of Congress from both sides of the aisle.”
Senator John Barrasso, Republican of Wyoming, described the selection in more negative terms. “While millions of Americans are still being hurt by Obamacare’s soaring costs and fewer choices,” he said, “Ms. Tavenner’s appointment shows how the law has created a cozy and profitable relationship for some.”

(p. A9) Mr. Nader, the consumer crusader who ran for president to the left of Al Gore, is perhaps the last person one would expect to admire a libertarian critique of the corporate state. But in “Unstoppable” he respectfully describes the views of Ludwig Von Mises, Friedrich von Hayek, Milton Friedman, George Stigler and other free-market economists. He praises their distrust of politicians, lobbyists and businessmen who seek to put government power in the service of corporate profit.
Not that the Republican Party is always guided by such thinkers. Mr. Nader neatly describes how corporatist RINOs (Republican In Name Only) co-opt the party’s anti-statist crusaders. “The corporatist Republicans,” he writes, “let the libertarians and conservatives have the paper platforms . . . and then move into office, where they are quick to throw out a welcome mat for Big Business lobbyists with their slush funds.” He cites Adam Smith’s suspicion of regulations that benefit special interests: “Such restraints favor the privileged interests that want to entrench their economic advantages through the force of law.”
These are profound observations and ones that I saw play out while editing the Americas column for this newspaper in the 1980s and ’90s. Mercantilist Latin American businessmen who claimed to cheer market forces often thrived only because of their contacts in government. They reached out to the Journal’s editorial page as allies but were more socialist in practice than some of their left-wing enemies. Little did I suspect that a similar form of mercantilism, or corporate statism, would take root in the U.S. It is a pleasure to see Mr. Nader doing battle against such cozy arrangements.

The “Capture Theory” associated with scholars George Stigler and Gabriel Kolko says that government regulatory bodies tend to be captured by the companies that they are intended to regulate. Stigler and Kolko would not be surprised by the passage quoted below.

(p. B5) . . . on Jan. 25, Mr. Reid’s office announced that he had appointed Cathy Koch as chief adviser to the majority leader for tax and economic policy. The news release lists Ms. Koch’s admirable and formidable experience in the public sector. “Prior to joining Senator Reid’s office,” the release says, “Koch served as tax chief at the Senate Finance Committee.”

It’s funny, though. The notice left something out. Because immediately before joining Mr. Reid’s office, Ms. Koch wasn’t in government. She was working for a large corporation.
Not just any corporation, but quite possibly the most influential company in America, and one that arguably stands to lose the most if there were any serious tax reform that closed corporate loopholes. Ms. Koch arrives at the senator’s office by way of General Electric.
Yes, General Electric, the company that paid almost no taxes in 2010. Just as the tax reform debate is heating up, Mr. Reid has put in place a person who is extraordinarily positioned to torpedo any tax reform that might draw a dollar out of G.E. — and, by extension, any big corporation.
Omitting her last job from the announcement must have merely been an oversight. By the way, no rules prevent Ms. Koch from meeting with G.E. or working on issues that would affect the company.

For the full story, see:
JESSE EISINGER, ProPublica. “A Revolving Door in Washington With Spin, but Less Visibility.” The New York Times (Thurs., February 21, 2013): B5.
(Note: ellipsis added.)
(Note: the online version of the story has the date February 20, 2013.) 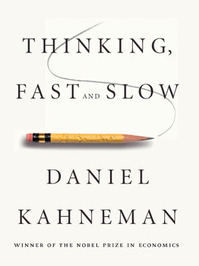 Daniel Kahneman first gained fame in economics through research with Tversky in which they showed that some of economists’ assumptions about human rationality do not always hold true.
Kahneman, whose discipline is psychology, went on to win the Nobel Prize in economics, sharing the prize with Vernon Smith. (Since the Prize is not normally awarded posthumously, Tversky was not a candidate.)
I have always thought that ultimately there should be only one unified science of human behavior—not claims that are “true” in economics and other claims that are “true” in psychology. (I even thought of minoring in psychology in college, before I realized that the price of minoring included taking time-intensive lab courses where you watched rats run through mazes.)
But I don’t think the implications of current work in behavioral economics are as clear as has often been asserted.
Some important results in economics do not depend on strong claims of rationality. For instance, the most important “law” in economics is the law of demand, and that law is due to human constraints more than to human rationality. Gary Becker, early in his career, wrote an interesting paper in which he showed that the law of demand could also be derived from habitual and random behavior. (I remember in conversation, George Stigler saying that he did not like this paper by Becker, because it did not hone closely to the rationality assumption that Stigler and Becker defended in their “De Gustibus” article.)
The latest book by Kahneman is rich and stimulating. It mainly consists of cataloging the names of, and evidence for, a host of biases and errors that humans make in thinking. But that does not mean we cannot choose to be more rational when it matters. Kahneman believes that there is a conscious System 2 that can over-ride the unconscious System 1. In fact, part of his motive for cataloging bias and irrationality is precisely so that we can be aware, and over-ride when it matters.
Sometimes it is claimed, as for instance in a Nova episode on PBS, that bias and irrationality were the main reasons for the financial crisis of 2008. I believe the more important causes were policy mistakes, like Clinton and Congress pressuring Fannie Mae and Freddie Mac to make home loans to those who did not have the resources to repay them; and past government bailouts encouraging finance firms to take greater risks. And the length and depth of the crisis were increased by government stimulus and bailout programs. If instead, long-term cuts had been made in taxes, entrepreneurs would have had more of the resources they need to create start-ups that would have stimulated growth and reduced unemployment.
More broadly, aspects of behavioral economics mentioned, but not emphasized, by Kahneman, can actually strengthen the underpinnings for the case in favor of entrepreneurial capitalism. Entrepreneurs may be more successful when they are allowed to make use of informal knowledge that would not be classified as “rational” in the usual sense. (I discuss this some in my forthcoming paper, “The Epistemology of Entrepreneurship.”)
Still, there are some useful and important examples and discussions in Kahneman’s book. In the next several weeks, I will be quoting some of these. 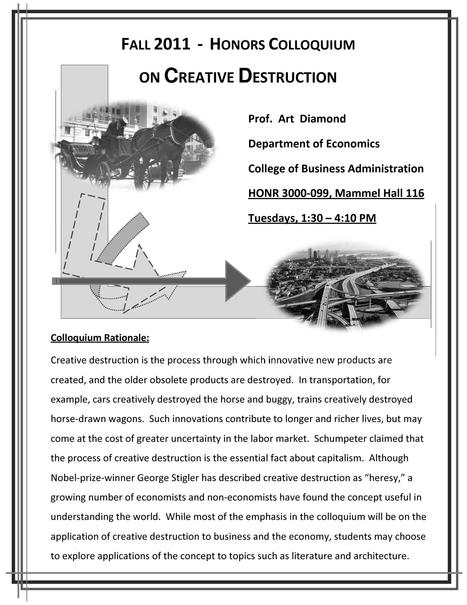 As of 6/22/11, space is still available in the honors colloquium. 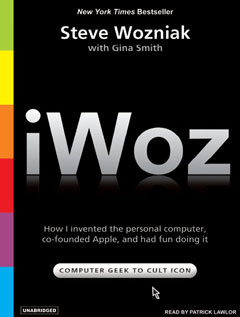 iWoz is a fun read, with wild fluctuations in the significance of what is written. When Wozniak writes about the ingredients of inventiveness, it is significant. When he talks about his pranks, or his obsessions with certain number combinations, it is strange. (Maybe I just haven’t figured out the significance of Wozniak’s quirks—I once heard George Stigler say that even the mistakes of a great mind were worth pondering.)
In the next few weeks I’ll be quoting a few of the more significant passages.
An over-riding lesson from the book, is the extent to which both Wozniak and Jobs were necessary for the Apple achievement. Wozniak was a genius inventor, but he did not have the drive or the skills, or the judgment of the entrepreneur.
Schumpeter famously distinguished invention from innovation. Wozniak was the inventor, and Jobs was the innovator (aka, the entrepreneur).