(p. 155) Should the income tax system include a tax credit for short taxpayers and a tax surcharge for tall ones? This paper shows that the standard utilitarian framework for tax policy analysis answers this question in the affirmative. This result has two possible interpretations. One interpretation is that individual attributes correlated with wages, such as height, should be considered more widely for determining tax liabilities. Alternatively, if policies such as a tax on height are rejected, then the standard utilitarian framework must in some way fail to capture our intuitive notions of distributive justice.

For the full article, from which the above abstract is quoted, see:
Mankiw, N. Gregory, and Matthew Weinzierl. “The Optimal Taxation of Height: A Case Study of Utilitarian Income Redistribution.” American Economic Journal: Economic Policy 2, no. 1 (Feb. 2010): 155-76. 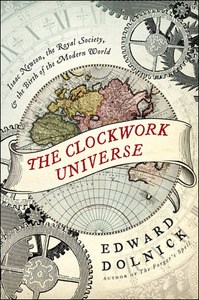 (p. 19) London before the mid-1600s was a general calamity. The streets were full of thieves, murderers and human waste. Death was everywhere: doctors were hapless, adults lived to about age 30, children died like flies. In 1665, plague moved into the city, killing sometimes 6,000 people a week. In 1666, an unstoppable fire burned the city to the ground; the bells of St. Paul’s melted. Londoners thought that the terrible voice of God was “roaring in the City,” one witness wrote, and they would do best to accept the horror, calculate their sins, pray for guidance and await retribution.

In the midst of it all, a group of men whose names we still learn in school formed the Royal Society of London for the Improvement of Natural Knowledge. They thought that God, while an unforgiving judge, was also a mathematician. As such, he had organized the universe according to discernible, mathematical law, which, if they tried, they could figure out. They called themselves “natural philosophers,” and their motto was “Nullius in verba”: roughly, take no one’s word for anything. You have an idea? Demonstrate it, do an experiment, prove it. The ideas behind the Royal Society would flower into the Enlightenment, the political, cultural, scientific and educational revolution that gave rise to the modern West.
This little history begins Edward Dolnick’s “Clockwork Universe,” so the reader might think the book is about the Royal Society and its effects. But the Royal Society is dispatched in the first third of the book, and thereafter, the subject is how the attempt to find the mathematics governing the universe played out in the life of Isaac Newton.
. . .
To go from sinful “curiositas” to productive “curiosity,” from blind acceptance to open-eyed inquiry, from asking, “Why?” to answering, “How?” — this change, of all the world’s revolutions, must surely be the most remarkable.

The full reference for the book under review, is:
Dolnick, Edward. The Clockwork Universe: Isaac Newton, the Royal Society, and the Birth of the Modern World. New York: HarperCollins Publishers, 2011.

(p. 290) The omission of the reference point from the indifference map is a surprising case of theory-induced blindness, because we so often encounter cases in which the reference point obviously matters. In labor negotiations, it is well understood by both sides that the reference point is the existing contract and that the negotiations will focus on mutual demands for concessions relative to that reference point. The role of loss aversion in bargaining is also well understood: making concessions hurts. You have much (p. 291) personal experience of the role of reference point. If you changed jobs or locations, or even considered such a change, you surely remember that the features of the new place were coded as pluses or minuses relative to where you were. You may also have noticed that disadvantages loomed larger than advantages in this evaluation–loss aversion was at work. It is difficult to accept changes for the worse. For example, the minimal wage that unemployed workers would accept for new employment averages 90% of their previous wage, and it drops by less than 10% over a period of one year. 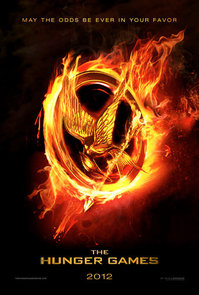 A burning Mockingjay symbol appears on this movie poster for “The Hunger Games.” Source of poster: online version of the NYT article quoted and cited below.

(p. D4) “They’re funny birds and something of a slap in the face to the Capitol,” Katniss explains in the first book. And the nature of that slap in face is a new twist on the great fear about genetic engineering, that modified organisms or their genes will escape into the wild and wreak havoc. The mockingjay is just such an unintended consequence, resulting from a failed creation of the government, what Katniss means when she refers to “the Capitol.” But rather than being a disaster, the bird is a much-loved reminder of the limits of totalitarian control.
. . .
I asked Joan Slonczewski, a microbiologist and science fiction writer at Kenyon College in Ohio, about her take on the mockingjay. Dr. Slonczewski, whose recent books include a text and a novel, “The Highest Frontier,” teaches a course called “Biology in Science Fiction.” The tools needed to modify organisms are already widely dispersed in industry and beyond. “Now anybody can do a start-up,” she said.
That’s no exaggeration. Do-it-yourself biology is growing. The technology to copy pieces of DNA can be bought on eBay for a few hundred dollars, as Carl Zimmer reported in The New York Times in March. As to where D.I.Y. biology may lead, Freeman Dyson, a thinker at the Institute for Advanced Study known for his provocative ideas, presented one view in 2007 in The New York Review of Books. He envisioned the tools of biotechnology spreading to everyone, including pet breeders and children, and leading to “an explosion of diversity of new living creatures.”
Eventually, he wrote, the mixing of genes by humans will initiate a new stage in evolution. Along the way, if he is right, the world may have more than its share of do-it-yourself mockingjays.

(p. 165) This article reviews the role of monetary and fiscal policy in the financial crisis and draws lessons for future macroeconomic policy. It shows that policy deviated from what had worked well in the previous two decades by becoming more interventionist, less rules-based, and less predictable. The policy implications are thus that policy should “get back on track.”

For the full article, from which the above abstract is quoted, see:
Taylor, John B. “Getting Back on Track: Macroeconomic Policy Lessons from the Financial Crisis.” Federal Reserve Bank of St. Louis Review 92, no. 3 (May-June 2010): 165-76. 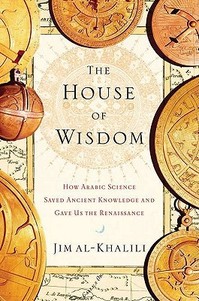 (p. 18) The upshot was, while the Greek works in particular were disappearing in Europe, they were being preserved in Arabic to be retranslated later into Latin for a rebirth of “lost” knowledge. This is one half of the point the author makes frequently in the text and, in boldface, as the book’s subtitle.

The other half is that contrary to some doubters, the Arab interest in learning extended well beyond translations: thinkers working alone or in observatories and houses of wisdom were conducting original research during “the world’s most impressive period of scholarship and learning since ancient Greece.” Accordingly, al-Khalili writes that ­al-Mamun stands as “the greatest patron of science in the cavalcade of Islamic rulers.”
Sometimes al-Khalili, like a lawyer who suspects a jury of unyielding skepticism, strains to give stature to the leading lights of Arabic science in the Middle Ages. But modern historians of science agree that more attention should be given to the Arab contribution to the preservation and expansion of knowledge at this critical period, and the author has done so in considerable detail and with rising passion.
But that was then, and al-Khalili is obligated to end on an inescapable but deflating note: science today is in a chronic state of neglect in the Arab world and the broader Islamic culture of more than one billion people. Al-Khalili spreads the blame widely, citing inadequate financing for research and education, sclerotic bureaucracies, religious conservatism, even an ingrained fear of science. The Pakistani physicist Abdus Salam, perhaps the greatest Muslim scientist of the last century, won a Nobel Prize in 1979 and did what he could to promote a scientific renaissance among his people, without success. “Of all civilizations on this planet, science is weakest in the lands of Islam,” Salam said in despair. “The dangers of this weakness cannot be overemphasized since the honorable survival of a society depends directly on its science and technology in the condition of the present age.”
By recounting Arabic science’s luminous past, al-Khalili says, he hopes to instill a sense of pride that will “propel the importance of scientific enquiry back to where it belongs: at the very heart of what defines a civilized and enlightened society.”

The full reference for the book under review, is:
al-Khalili, Jim. The House of Wisdom: How Arabic Science Saved Ancient Knowledge and Gave Us the Renaissance. New York: The Penguin Press, 2010.

(p. 286) Most graduate students in economics have heard about prospect theory and loss aversion, but you are unlikely to find these terms in the index of an introductory text in economics. I am sometimes pained by this omission, but in fact it is quite reasonable, because of the central role of rationality in basic economic theory. The standard concepts and results that undergraduates are taught are most easily explained by assuming that Econs do not make foolish mistakes. This assumption is truly necessary, and it would be undermined by introducing the Humans of prospect theory, whose evaluations of outcomes are unreasonably short-sighted.
There are good reasons for keeping prospect theory out of introductory texts. The basic concepts of economics are essential intellectual tools, which are not easy to grasp even with simplified and unrealistic assumptions about the nature of the economic agents who interact in markets. Raising questions about these assumptions even as they are introduced would be confusing, and perhaps demoralizing. It is reasonable to put priority on helping students acquire the basic tools of the discipline. Furthermore, the failure of rationality that is built into prospect theory is often irrelevant to the predictions of economic theory, which work out with great precision in some situations and provide good approximations in many others. In some contexts, however, the difference becomes significant: the Humans described by prospect theory are (p. 287) guided by the immediate emotional impact of gains and losses, not by long-term prospects of wealth and global utility.
I emphasized theory-induced blindness in my discussion of flaws in Bernoulli’s model that remained unquestioned for more than two centuries. But of course theory-induced blindness is not restricted to expected utility theory. Prospect theory has flaws of its own, and theory-induced blindness to these flaws has contributed to its acceptance as the main alternative to utility theory.