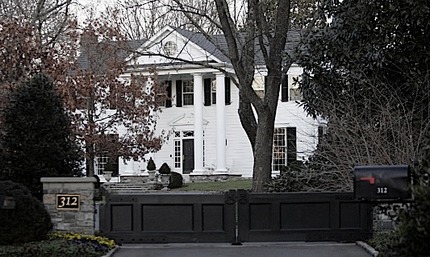 Here is the full text of a 2/26/07 press release from the Tennessee Center for Policy Research that has rightly received a lot of attention from the mainstream media and from the blogosphere:

Al Gore’s Personal Energy Use Is His Own “Inconvenient Truth”

Last night, Al Gore’s global-warming documentary, An Inconvenient Truth, collected an Oscar for best documentary feature, but the Tennessee Center for Policy Research has found that Gore deserves a gold statue for hypocrisy.

Gore’s mansion, located in the posh Belle Meade area of Nashville, consumes more electricity every month than the average American household uses in an entire year, according to the Nashville Electric Service (NES).

In his documentary, the former Vice President calls on Americans to conserve energy by reducing electricity consumption at home.

The average household in America consumes 10,656 kilowatt-hours (kWh) per year, according to the Department of Energy. In 2006, Gore devoured nearly 221,000 kWh—more than 20 times the national average.

Last August alone, Gore burned through 22,619 kWh—guzzling more than twice the electricity in one month than an average American family uses in an entire year. As a result of his energy consumption, Gore’s average monthly electric bill topped $1,359.

Gore’s extravagant energy use does not stop at his electric bill. Natural gas bills for Gore’s mansion and guest house averaged $1,080 per month last year.

"As the spokesman of choice for the global warming movement, Al Gore has to be willing to walk the walk, not just talk the talk, when it comes to home energy use,” said Tennessee Center for Policy Research President Drew Johnson.

In total, Gore paid nearly $30,000 in combined electricity and natural gas bills for his Nashville estate in 2006.

Source of the press release: