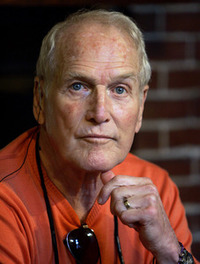 WASHINGTON: Venerable actor Paul Newman, known for his movies, his auto racing and his organic salad dressings, weighed in Wednesday on a nuclear power plant in New York’s suburbs that some fear is a terrorist magnet.

The Indian Point plant is safer than military bases he has visited, Newman said.

Newman, the star of such films as "Cool Hand Luke," "Hud" and "Butch Cassidy and the Sundance Kid," visited the facility in Buchanan, New York, on Monday, according to Jim Steets, a spokesman for Entergy Nuclear, the company that owns Indian Point.

The veteran actor, restaurateur and organic-food producer praised the nuclear power facility as an important part of the region’s energy future because it does not produce greenhouse gases, which contribute to global warming.