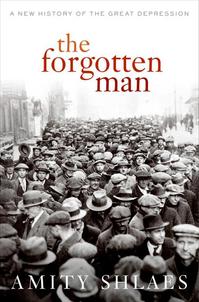 Amity Shlaes’s new history of the Great Depression is at once depressing and encouraging. It is depressing in showing how vulnerable human progress is to the threat from a dishonest, slick orator, who has not a clue about how the economy works. It is encouraging in that it shows so clearly that the length and depth of the Great Depression was due to easily avoidable mistakes in policy, rather than due to some fundamental flaw in capitalism, as has occasionally been claimed.
Although the book does not shy away from pointing out the flaws of Coolidge, Hoover and Willke, it mainly shows how F.D.R.’s routine whimsical policy reversals and double-dealings, alienated not only his original opponents, but many of his early friends and allies.
The New Deal policies to seize business profits, reduced business incentives to take risks: if the risks turned out badly, the business would lose the investment, while if the risks turned out well, the profits would be taxed away by the federal government.
In addition, the sheer unpredictability of New Deal policies further led the prudent to delay investments, thereby further impeding recovery.
The book is well-written, and should be equally well-read.

The reference for the book is:
Shlaes, Amity. The Forgotten Man: A New History of the Great Depression. New York: HarperCollins, 2007.