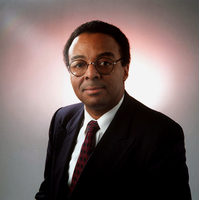 (p. 7B) The question of vouchers as an alternative to public schools crosses color lines. But it is particularly appropriate for the nation’s first black president.

African-American students disproportionately find themselves in underperforming schools. In fact, opinion polls by think tanks like the Joint Center for Political and Economic Studies have found that black parents favor vouchers by larger majorities than white parents do.
Yet teachers unions fight such alternatives, even though studies like a 2004 Thomas B. Fordham Institute report find that big-city public-school teachers are more likely than the general population they serve to have their own children in private schools.
In Obama’s Chicago, for example, 38.7 percent of public-school teachers sent their children to private schools, the Fordham study found, compared with 22.6 percent of the general public.
In Washington, D.C., 26.8 percent of public-school teachers did so, versus 19.8 percent of the public.
. . .
As a parent who reluctantly moved my own child to private school after the fifth grade, I appreciate the value of school choice. But what about the kids left behind in failing schools?
Michelle Obama offered a clue to what her family’s choice will be. She flew to Washington Monday, ahead of her husband, and toured the private Georgetown Day School. Another clue: Their daughters currently attend a private school in Chicago.
Private school also was the choice of Bill and Hillary Clinton for their daughter, Chelsea. The most recent presidential child to attend a D.C. public school was Jimmy Carter’s daughter, Amy, in the late 1970s.