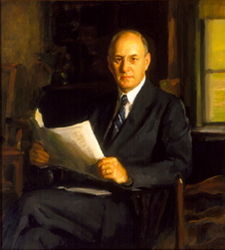 Henry Morgenthau, Jr. was FDR’s Secretary of the Treasury from 1934-1945. In the following important quote, he admits that the big New Deal stimulus spending programs had failed.

(p. 2) We have tried spending money. We are spending more money than we have ever spent before and it does not work. And I have just none interest, and if I am wrong . . . somebody else can have my job. I want to see this country prosperous. I want to see people get a job, I want to see people get enough to eat. We have never made good on our promises. . . . I say after eight years of this administration we have just as much unemployment as when we started . . . . And an enormous debt to boot!

Folsum says that this statement was from testimony before the House Ways and Means Committee in May 1939; and can be found in Morgenthau’s Diary entry for May 9, 1939 at the Roosevelt Presidential Library. 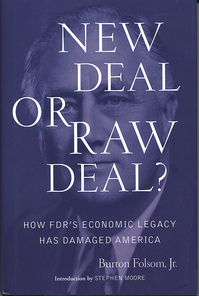