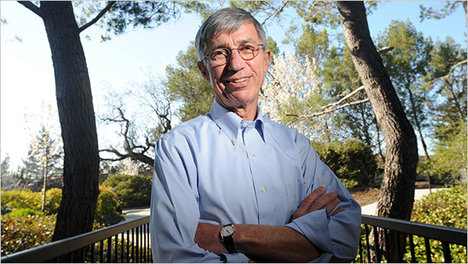 “William H. Davidow, a venture capitalist, says he would want to know why an entrepreneur’s last deal failed “and what the person learned from it.” ” Source of photo and caption: online version of the NYT article quoted and cited below.

The research reported below, goes against the conclusions of some (such as Christensen and Raynor) that entrepreneurs often learn useful lessons from their failures. However, if true, the research has interesting policy implications.
For instance, if it is true that entrepreneurs who have succeeded in the past, are also more likely to succeed in the future, then it makes sense to allow them to keep the wealth from their entrepreneurship. In that case, the wealth is not only an incentive and reward for hard work, and taking risks. It also provides them the seed-funds for ever-more ambitious future entrepreneurial efforts that have a better-than-average chance of success. E.g., the profits from Disney’s cartoon movies, were crucial for funding Disneyland.
(The Gompers et al research is consistent with one of Edwin Mansfield’s papers, that I think I mention in my review of Mansfield’s contributions to the economics of technology.)

(p. 3) Professor Gompers and his co-authors Anna Kovner, Josh Lerner and David S. Scharfstein found that first-time entrepreneurs who received venture capital funding had a 22 percent chance of success. Success was defined as going public or filing to go public; Professor Gompers says the results were similar when using other measures, like acquisition or merger.

Already-successful entrepreneurs were far more likely to succeed again: their success rate for later venture-backed companies was 34 percent. But entrepreneurs whose companies had been liquidated or gone bankrupt had almost the same follow-on success rate as the first-timers: 23 percent.
In other words, trying and failing bought the entrepreneurs nothing — it was as if they never tried. Or, as Professor Gompers puts it, “for the average entrepreneur who failed, no learning happened.”
This finding flies in the face of conventional wisdom in Silicon Valley, where failure is regarded as an important opportunity for learning. No less an authority than Gordon Moore, a co-founder of Intel, says that in the Valley, “You’re more valuable because of the experiences you’ve been through under failures.” 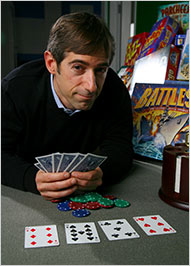 “Mark Pincus, who founded Tribe.net and then Zynga, says: “As an entrepreneur, you have to get used to failure. It is just part of the path to success.” ” Source of photo and caption: online version of the NYT article quoted and cited above.