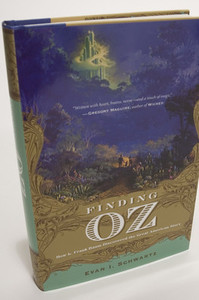 I remember a conversation with the late labor economist Sherwin Rosen on the substantial decline in research productivity of economists as they age. My memory is that he said the decline usually wasn’t because of inability, but because, at some point, the older economists stop trying.
I think there’s some truth to that. The belief that it is too late to succeed, can lead people to stop trying, and thereby make the prediction self-fulfilling.
Fortunately, L. Frank Baum kept trying:

(p. A15) If L. Frank Baum had been listed on the stock exchange in 1900, his shares would have been trading near historic lows. The soon-to-be famous author of “The Wonderful Wizard of Oz” had at that point failed at a long series of energetic attempts to find a career. At 44, Baum had already been a chicken farmer, an actor, a seller of machinery lubricants, a purveyor of novelty goods and a newspaper publisher. All his life he’d written lively prose — plays, ads, columns — but most of it seemed to go nowhere.

Then, suddenly, it did. The story of a girl named Dorothy who with her little dog, Toto, travels to the wondrous land of Oz burst from Baum’s pencil, almost taking him by surprise. “The story really seemed to write itself,” he told his publisher. “Then, I couldn’t find any regular paper, so I took anything at all, including a bunch of old envelopes.” Turned into a proper book with defining illustrations by W.W. Denslow, the story most of us know as “The Wizard of Oz” was an immediate sensation in 1900. In a review, the New York Times commended it, saying that it was “ingeniously woven out of commonplace material.” Baum would produce 13 sequels, though none had quite the sparkle of the first.