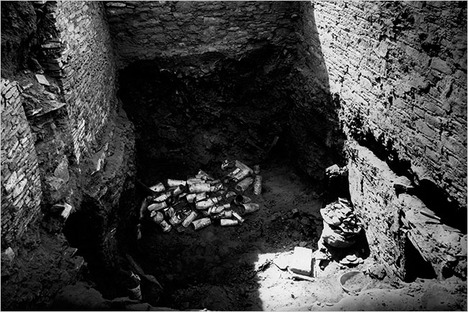 “Tests of jars found in the ruins of Chaco Canyon in New Mexico confirmed the presence of theobromine, a cacao marker.” Source of caption and photo: online version of the NYT article quoted and cited below.

(p. A14) ALBUQUERQUE — For years Patricia Crown puzzled over the cylindrical clay jars found in the ruins at Chaco Canyon, the great complex of multistory masonry dwellings set amid the arid mesas of northwestern New Mexico. They were utterly unlike other pots and pitchers she had seen.

Some scholars believed that Chaco’s inhabitants, ancestors of the modern Pueblo people of the Southwest, had stretched skins across the cylinders and used them for drums, while others thought they held sacred objects.
But the answer is simpler, though no less intriguing, Ms. Crown asserts in a paper published Tuesday in The Proceedings of the National Academy of Sciences: the jars were used for drinking liquid chocolate. Her findings offer the first proof of chocolate use in North America north of the Mexican border.
How did the ancient Pueblos come to have cacao beans in the desert, more than 1,200 miles from the nearest cacao trees? Ms. Crown, a University of New Mexico anthropologist, noted that maize, beans and corn spread to the Southwest after being domesticated in southern Mexico. Earlier excavations at Pueblo Bonito, the largest structure in the Chaco complex, had found scarlet macaws and other imported items. 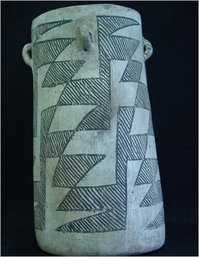 “Researchers believe ancient Pueblos used the jars to drink chocolate.” Source of caption and photo: online version of the NYT article quoted and cited above.