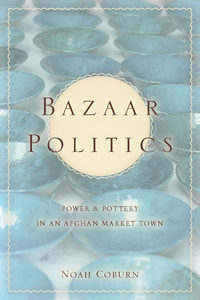 In the quote below, “NGO” means “Non-Government Organization,” for instance, a philanthropy.

(p. 17) As for the state’s representatives, their authority was what Coburn calls a “useful fiction.” The district governor wielded his connections to Kabul as best he could, but did not possess great influence, in part because — in keeping with the most sophisticated state-building methods — government aid was mainly distributed by locally elected committees. Istalif’s police were seen as hapless at best, predatory at worst; Coburn found that villagers were eager to protect him from a local officer. The French soldiers who periodically showed up in the bazaar had little impact, though their presence did become an excuse for keeping women out of the area. But Coburn observed that “no group was less effective at accumulating influence” than the NGO community. The best development experts accomplished little: their turnover was high, and they frequently bestowed their largess on deserving locals — women, refugees who’d returned from abroad with some education, victims of wartime injuries — who didn’t have the connections or ability to capitalize on their good fortune. NGO workers seemed less concerned with achieving a valuable outcome than with demonstrating to their backers that they had followed a mission plan to the letter.

For the full review, see:
ALEXANDER STAR. “Applied Anthropology.” The New York Times Book Review (Sun., November 20, 2011): 16-17.
(Note: the online version of the commentary is dated November 18, 2011, and has the title “Afghanistan: What the Anthropologists Say.”)