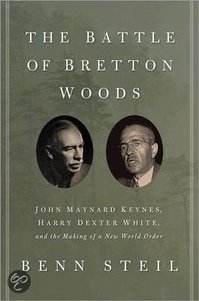 (p. C5) One of the many merits of “The Battle of Bretton Woods,” a superb history of mid-20th-century monetary affairs, is the timing of its publication. Today, as never before, central banks are printing money, suppressing interest rates and manipulating markets. You wonder where it will all end.
. . .
(p. C6) According to Mr. Steil, the recondite Bretton Woods debates failed to engage the American public as a political issue. If so, it was no fault of Henry Hazlitt’s. An editorial writer for the New York Times, Hazlitt directed persistent, withering fire against White’s and Keynes’s brainchild. (His collected editorials, titled “From Bretton Woods to World Inflation,” were published in 1984.) The conference had it all wrong, Hazlitt thundered in the Times. The IMF would subsidize unsound policies. What was wanted were sound ones.
“The broad principles should not be difficult to formulate,” the readers of the Times were reminded on the eve of the gathering in New Hampshire. Governments should balance their budgets, forswear 1930s-style impediments to free trade (quotas, exchange restrictions) and refrain from “currency and credit inflation.” And the currency itself? It should be “redeemable in something that is itself fixed and definite: for all practical purposes this means a return to the historic gold standard.”
. . .
White was a Harvard Ph.D. Keynes was, at least according to Mr. Steil, “the most innovative and iconoclastic economist of his age, if not of all time.” Hazlitt was no trained economist at all. But it was he, not the two acclaimed experts, who turned out to be right.