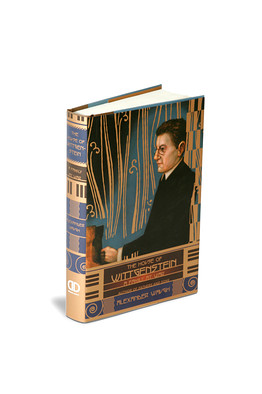 (p. W10) As he lay dying during Christmas 1912 — from a gruesome throat cancer — the Viennese industrialist Karl Wittgenstein no doubt took some comfort in the fact that he was leaving to his heirs one of the largest fortunes in Europe. He had acquired his wealth in just 30 years, the period during which Wittgenstein, an engineer, transformed a small steel mill into Europe’s largest steel cartel through a combination of hard work, luck and ruthlessness. As der österreichische Eisenkönig (the “Austrian iron king”), he was the chief executive, principal shareholder or director of dozens of industrial companies and banks that provided the ore, manufacturing and financing for most of the steel products of the Habsburg Empire.

In his spare time, Wittgenstein acquired a spectacular house in Vienna, grandly styled as the family’s Palais Wittgenstein.
. . .
Today, though, the Wittgenstein millions are gone and the Palais replaced by a hideous concrete apartment block. “Riches,” Adam Smith wrote, “. . . very seldom remain long in the same family.” Alexander Waugh’s grimly amusing “The House of Wittgenstein” shows how the family fortune was lost and how the family members themselves, despite instances of prodigious talent and accomplishment, found little happiness in their own lives or pleasure in their sibling relations.

For the full review, see:
JAMES F. PENROSE. “BOOKS; A Viennese Blend: Riches and Rancor; Blessed by Musical and Intellectual Gifts, and Lots of Money, a Family Still Struggled to Find Harmony.” The Wall Street Journal (Sat., March 1, 2009): W10.
(Note: ellipsis added; italics in original.)
(Note: the online version of the review has the date February 28, 2009.)

The book under review is:
Waugh, Alexander. The House of Wittgenstein: A Family at War. New York: Doubleday, 2009.