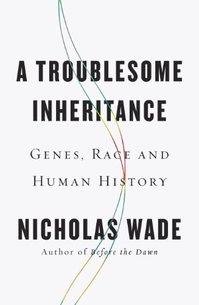 (p. C5) The reigning intellectual orthodoxy is that race is a “social construct,” a cultural artifact without biological merit.

The orthodoxy’s equivalent of the Nicene Creed has two scientific tenets. The first, promulgated by geneticist Richard Lewontin in “The Apportionment of Human Diversity” (1972), is that the races are so close to genetically identical that “racial classification is now seen to be of virtually no genetic or taxonomic significance.” The second, popularized by the late paleontologist Stephen Jay Gould, is that human evolution in everything but cosmetic differences stopped before humans left Africa, meaning that “human equality is a contingent fact of history,” as he put it in an essay of that title in 1984.
Since the sequencing of the human genome in 2003, what is known by geneticists has increasingly diverged from this orthodoxy, even as social scientists and the mainstream press have steadfastly ignored the new research. Nicholas Wade, for more than 20 years a highly regarded science writer at the New York Times, has written a book that pulls back the curtain.
It is hard to convey how rich this book is. It could be the textbook for a semester’s college course on human evolution, systematically surveying as it does the basics of genetics, evolutionary psychology, Homo sapiens’s diaspora and the recent discoveries about the evolutionary adaptations that have occurred since then. The book is a delight to read–conversational and lucid. And it will trigger an intellectual explosion the likes of which we haven’t seen for a few decades.
The title gives fair warning: “A Troublesome Inheritance: Genes, Race and Human History.” At the heart of the book, stated quietly but with command of the technical literature, is a bombshell. It is now known with a high level of scientific confidence that both tenets of the orthodoxy are wrong.

The book under review is:
Wade, Nicholas. A Troublesome Inheritance: Genes, Race and Human History. New York: The Penguin Press, 2014.