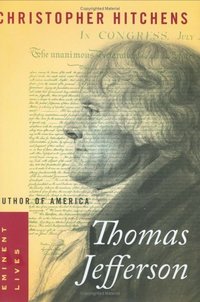 (p. 43) Jefferson was not a man of the Enlightenment only in the ordinary sense that he believed in reason or perhaps in rationality. He was very specifically one of those who believed that human redemption lay in education, discovery, innovation, and experiment. There were many such in the American Revolution. Thomas Paine spent much of his career designing a new form of iron bridge to aid transportation and communication. Dr. Joseph Priestley, another man who fled royalist and Anglican persecution and who removed himself from England to Philadephia after a “Church and King” mob had smashed his laboratory, was a chemist and physician of great renown. Benjamin Franklin would be remembered for his de- (p. 44) ductions about the practical use of electricity if he had done nothing else. Jefferson, too, considered himself a scientist. He studied botany, fossils, crop cycles, and animals. He made copious notes on what he saw. He designed a new kind of plow, which would cut a deeper furrow in soil exhausted by the false economy of tobacco farming. He was fascinated by the invention of air balloons, which he instantly saw might provide a new form of transport as well as a new form of warfare. He enjoyed surveying and prospecting and, when whaling became an important matter in the negotiation of a commercial treaty, wrote a treatise on the subject himself. He sent horticultural clippings from Virginia to the brilliant French consul Crevecoeur in New York, comparing notes on everything from potatoes to cedars. As president, he did much to further Dr. Edward Jenner’s novel idea of cowpox vaccination as an insurance against the nightmare of smallpox, helping Dr. Benjamin Waterhouse of Boston—the initiator of the scheme in America—to overcome early difficulties in transporting the vaccine by suggesting that it lost its potency when exposed to wamth. Henceforward carried in water-cooled vials, the marvelous new prophylactic was administred to all at Monticello. (Not everything that Jeffrson did on his estate was exploitation.) For a comparison in context, we might note that Dr. Timothy Dwight, then president of Yale and to this day celebrated as an American Divine, was sternly opposed to vaccination as a profane interference with God’s beneficent design.