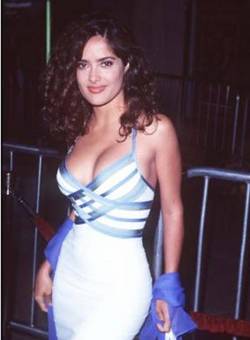 (p. A18) Scientific American, in its November 2006 issue, reaches a "scientific judgment" that the great Nobel Prize-winning economist Friedrich Hayek "was wrong" about free markets and prosperity in his classic, "The Road to Serfdom."  The natural scientists’ favorite economist — Prof. Jeffrey Sachs of Columbia University — announces this new scientific breakthrough in a column, saying "the evidence is now in."  To dispel any remaining doubts, Mr. Sachs clarifies that anyone who disagrees with him "is clouded by vested interests and by ideology."

This sounds like one of those moments in which the zeitgeist of mass confusion about national poverty, world poverty and prosperity comes together in one mad tragicomic brew.

Mr. Sachs, who is currently best known for his star-driven campaign to end world poverty, has apparently spent more time studying the economic thinking of Salma Hayek than that of Friedrich.

Mr. Sachs’s empirical analysis purports to show that Nordic welfare states are outperforming those states that follow the "English-speaking" tradition of laissez-faire, like the U.K. or the U.S. Poverty rates are indeed lower in the Nordic countries, although the skeptical reader (probably an ideologue) might wonder if the poverty outcome in, say, the U.S., with its tortured history of a black underclass and its de facto openness to impoverished but upwardly mobile immigrants, is really comparable to that of Nordic countries.

Then there is the big picture, where those laissez-faire Anglophones in, first, the U.K. and, then, the U.S., just happened to have been the leaders of the ongoing global industrial revolution that abolished far more poverty over the past two centuries than a few modest Scandinavian redistribution schemes.  Mr. Sachs apparently thinks the industrial revolution was led by IKEA.  Lastly, let’s hear from the Nordics themselves, who have been busily moving away from the social welfare state back toward laissez-faire.  According to the English-speaking ideologues that composed the Heritage Foundation/Wall Street Journal Index of Economic Freedom, Denmark, Finland and Sweden were all included in the 20 countries classified as "free" in 2006 (with Denmark actually ranked ahead of the U.S.).  Only Norway missed the cut — barely.

Mr. Sachs is wrong that Hayek was wrong.  In his own global antipoverty work, he is unintentionally demonstrating why more scientists, Hollywood actors and the rest of us should go back and read "The Road to Serfdom" if we want to know what will not work to achieve "The End of Poverty."  Hayek gave the best exposition ever of the unpopular ideas of economic freedom that somehow triumph anyway, alleviating far more national and global poverty than more fashionable Scandinavia-envy and grandiose plans to "make poverty history."

Hayek, Friedrich A. Von. The Road to Serfdom. Chicago: Univ of Chicago Press, 1944.

Easterly’s great book on how to encourage economic development in poor countries, is:

Easterly, William. The Elusive Quest for Growth: Economists’ Adventures and Misadventures in the Tropics. Cambridge, MA: The MIT Press, 2002.