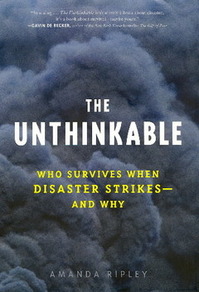 The most important message of this book is a very important message indeed. That message is that overwhelmingly, disaster survival and rescue depends on the actions of regular people, not the actions of professional lifesavers. (Very often, the professionals cannot get there quickly enough, or in sufficient numbers, to get the job done.)
This message, is itself worth the price of the book—if it were sufficiently understood, it would have enormous implications for individual preparedness, and government policy. (Think about the implications, for instance, for whether individual regular people should be allowed to carry guns.)

(p. xiii) These days, we tend to think of disasters as acts of God and government. Regular people only feature into the equation as victims, which is a shame. Because regular people are the most important people at a disaster scene, every time.

In 1992, a series of sewer explosions caused by a gas leak ripped through Guadalajara, Mexico’s second largest city. The violence came from below, rupturing neighborhoods block by block. Starting at 10:30 A.M., at least nine separate explosions ripped open a jagged trench more than a mile long. About three hundred people died. Some five thousand houses were razed. The Mexican Army was called in. Rescuers from California raced to help. Search-and-rescue dogs were ordered up.
But first, before anyone else, regular people were on the scene saving one another. They did incredible things, these regular people. They lifted rubble off survivors with car jacks. They used garden hoses to force air into voids where people were trapped. In fact, as in most disasters, the vast majority of rescues were done by ordinary folks. After the first two hours, very few people came out of the debris alive. The search and rescue dogs did not arrive until twenty-six hours after the explosion.

Source:
Ripley, Amanda. The Unthinkable: Who Survives When Disaster Strikes – and Why. New York: Crown Publishers, 2008.