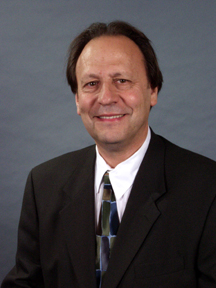 On Sunday (3/8/09) I learned that Larry Moss passed away on February 24, 2009.
Larry was full of the joy of life. He was intense. He was an amateur magician, and a wit, and an energetic conversationalist. I used to run into him once a year at the History of Economics Society meetings, and always enjoyed our conversations.
He was a neo-Austrian, though not “pure” enough for some of the ultra-Rothbardians. I first met him at a long-weekend seminar in Austrian economics when I was a graduate student, and he was a presenter.
I remember that he and I thought that the dialogue would be richer, and the neo-Austrian position ultimately strengthened, if its defenders understood better some of the alternative positions. So we announced a kind of rump session during one of the free-time periods. During this session, Larry gave the attendees a brief summary of what Walras had been up to, and I summarized Becker’s paper on the robustness of the law of demand to various forms of irrational and habitual behavior.
If memory serves, we suffered some mild heckling, and Larry was more severely criticized for disloyalty to the cause. (I cannot prove it, but I believe he paid a price for that in terms of invitations to future similar gatherings.)
I did not follow Larry’s research systematically, but know that he wrote the definitive account of Mountifort Longfield’s economics. He also had a nice, early paper in the JEL on the uses of film in teaching economics.
He took Schumpeter seriously, and wrote the script for the wonderful Schumpeter tapes in the Knowledge Products series on great economists that Kirnzer edited.
A couple of year’s ago, I invited Larry to participate in the Schumpeter session that I organized at George Mason’s Summer Institute for the Preservation of the History of Economic Thought. He initially agreed, but then had to withdraw because of his health.
More recently, I submitted one of my more idiosyncratic efforts (on the career consequences of writing on polywater) to the journal that Larry edited. I received excellent comments, and the editorial process was handled with grace and efficiency.
Larry was one of the “good guys” in many different ways, and the world is worse for his passing.