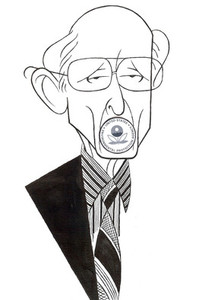 (p. A11) In March, the Obama EPA prepared to engage the global-warming debate in an astounding new way, by issuing an “endangerment” finding on carbon. It establishes that carbon is a pollutant, and thereby gives the EPA the authority to regulate it — even if Congress doesn’t act.

Around this time, Mr. Carlin and a colleague presented a 98-page analysis arguing the agency should take another look, as the science behind man-made global warming is inconclusive at best. The analysis noted that global temperatures were on a downward trend. It pointed out problems with climate models. It highlighted new research that contradicts apocalyptic scenarios. “We believe our concerns and reservations are sufficiently important to warrant a serious review of the science by EPA,” the report read.
The response to Mr. Carlin was an email from his boss, Al McGartland, forbidding him from “any direct communication” with anyone outside of his office with regard to his analysis. When Mr. Carlin tried again to disseminate his analysis, Mr. McGartland decreed: “The administrator and the administration have decided to move forward on endangerment, and your comments do not help the legal or policy case for this decision. . . . I can only see one impact of your comments given where we are in the process, and that would be a very negative impact on our office.” (Emphasis added.)
Mr. McGartland blasted yet another email: “With the endangerment finding nearly final, you need to move on to other issues and subjects. I don’t want you to spend any additional EPA time on climate change. No papers, no research etc, at least until we see what EPA is going to do with Climate.” Ideology? Nope, not here. Just us science folk. Honest.