Dambisa Moyo. Source of photo: online version of the NYT article quoted and cited below.

(p.11) You argue in your book that Western aid to Africa has not only perpetuated poverty but also worsened it, and you are perhaps the first African to request in book form that all development aid be halted within five years.

Think about it this way — China has 1.3 billion people, only 300 million of whom live like us, if you will, with Western living standards. There are a billion Chinese who are living in substandard conditions. Do you know anybody who feels sorry for China? Nobody.

Maybe that’s because they have so much money that we here in the U.S. are begging the Chinese for loans.

Forty years ago, China was poorer than many African countries. Yes, they have money today, but where did that money come from? They built that, they worked very hard to create a situation where they are not dependent on aid.

What do you think has held back Africans?

I believe it’s largely aid. You get the corruption — historically, leaders have stolen the money without penalty — and you get the dependency, which kills entrepreneurship. You also disenfranchise African citizens, because the government is beholden to foreign donors and not accountable to its people.

If people want to help out, what do you think they should do with their money if not make donations? 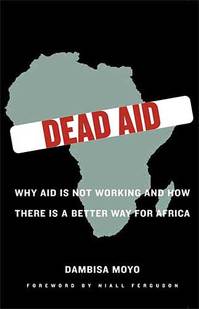