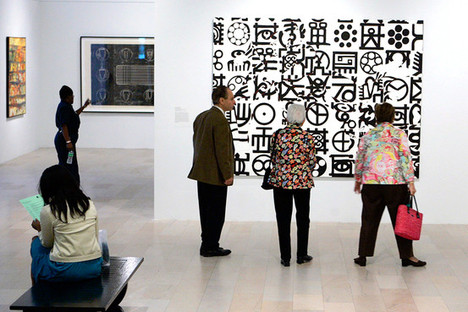 “Reps. Donald Payne and Rodney Frelinghuysen are seeking $1.5 million to equip the Newark Museum, above, with new air-conditioning units.” Source of caption and photo: online version of the WSJ article quoted and cited below.

(p. A3) Energy Secretary Steven Chu set out this year to address America’s energy future with a network of new research labs. But lawmakers drafted their own blueprint: Instead of fully funding Dr. Chu’s request, an energy-spending bill sets aside millions of dollars for such projects as an aviation-research institute, an environmentally friendly locomotive and air conditioning for a New Jersey museum.

When President Barack Obama signed a spending bill for the 2009 fiscal year in March, he said he wanted earmark-laden legislation to be an “end to the old way of doing business, and the beginning of a new era of responsibility and accountability.”
Congress, however, hasn’t given up earmarks — the term for seemingly parochial projects funded at the behest of lawmakers.