(p. A15) Because wind blows intermittently, electric utilities must either keep their conventional power plants running all the time to make sure the lights don’t go dark, or continually ramp up and down the output from conventional coal- or gas-fired generators (called “cycling”). But coal-fired and gas-fired generators are designed to run continuously, and if they don’t, fuel consumption and emissions generally increase. A car analogy helps explain: An automobile that operates at a constant speed–say, 55 miles per hour–will have better fuel efficiency, and emit less pollution per mile traveled, than one that is stuck in stop-and-go traffic.

Recent research strongly suggests how this problem defeats the alleged carbon-reducing virtues of wind power. In April, Bentek Energy, a Colorado-based energy analytics firm, looked at power plant records in Colorado and Texas. (It was commissioned by the Independent Petroleum Association of the Mountain States.) Bentek concluded that despite huge investments, wind-generated electricity “has had minimal, if any, impact on carbon dioxide” emissions.
Bentek found that thanks to the cycling of Colorado’s coal-fired plants in 2009, at least 94,000 more pounds of carbon dioxide were generated because of the repeated cycling. In Texas, Bentek estimated that the cycling of power plants due to increased use of wind energy resulted in a slight savings of carbon dioxide (about 600 tons) in 2008 and a slight increase (of about 1,000 tons) in 2009.
. . .
Perhaps it comes down to what Kevin Forbes, the director of the Center for the Study of Energy and Environmental Stewardship at Catholic University, told me: “Wind energy gives people a nice warm fuzzy feeling that we’re taking action on climate change.” Yet when it comes to CO2 emissions, “the reality is that it’s not doing much of anything.”

To request a full copy of the Bentek Energy report, or to download a PDF executive summary of the report, you can visit:
http://www.bentekenergy.com/WindCoalandGasStudy.aspx 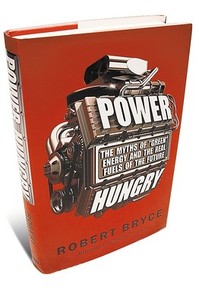