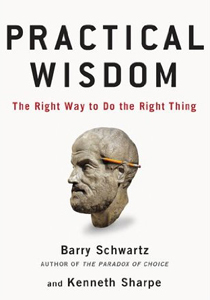 (p. 170) Walking into Mr. Drew’s economics class, researchers might have interrupted a board meeting of the student-run start-up company that was at the heart of his course. Drawing on his own experience in industry, Mr. Drew taught students economic principles in a way that made sense to them because they were researching
potential products they would actually sell (a mug with the school logo; a T-shirt designed by a student graphics team). They were conducting market surveys, accumulating capital, making decisions about the scale of investment, the risk, the profits.
. . .
In Houston. the magnet schools were forced to reorganize to prepare for the coming White-Perot reforms. McNeil changed her study. The new question was: How would these teachers cope with a curriculum that was test-driven?
. . .
Mr. Drew’s economics class did not conform to the proficiency sequence and he had to drop the course, except as an elective.
. . .
The paperwork required by such new requirements–to assure the bureaucracy that teachers were teaching by the rules–discouraged individualized time spent with students and robbed time previously devoted to planning and assessing lessons. The requirements created the same kind of time bind Wong observed when such requirements were imposed on military trainers. (p. 171) And, as in the case of the new military training model, the new requirements discouraged flexibility, adaptability, and creativity.
McNeil found that many of the experienced teachers fought back. They became canny outlaws, or creative saboteurs, dodging the “law,” finding ways to cover the “proficiencies” with great efficiency and squirreling away time to sneak real education back in at the margins of the standardized system, sometimes even conspiring with their students or teaching them how to “game” the system. Mr. Drew taught his students that economic cycles vary in length and intensity, but in the test prep period, he told them to forget this because the official answer was that each cycle lasts eighteen months. There was a danger that students who learned to look beyond the obvious, to ask “what if,” to look for the exceptions to the rules, would do badly on the tests.
. . .
The ability of wise teachers to operate as canny outlaws is most seriously constrained when a highly scripted curriculum comes riding into town on the heels of high-stakes standardized tests. By prescribing, step by step, what to say and do each day to prepare students for these tests, such lockstep curricula pose a serious challenge to professional discretion. Yet even under these adverse conditions, in many schools there are canny
outlaws who find ways to avoid being channeled. 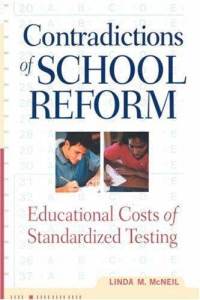