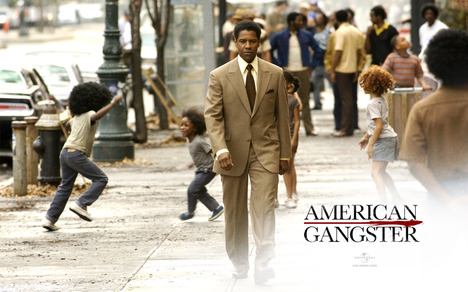 William Baumol famously categorized entrepreneurs as productive, unproductive, or destructive. (Somewhat similarly, Burt Folsom distinguished market entrepreneurs from political entrepreneurs.) Baumol’s view is that we cannot much influence the supply of entrepreneurs, but good policies can increase the percent of entrepreneurs who are productive.
Frank Lucas, at least as portrayed in the 2007 film American Gangster, is an apt example of the destructive entrepreneur. As portrayed by Denzel Washington, the character is intense, willing to take risks, and works hards. There is a scene where Lucas argues that the quality of his product (cocaine) must not be adulterated, because his business depends on his customers knowing that his brand is better than that of competitors. He finds ways of making his supply chain shorter, and his distribution system more trustworthy (by hiring brothers and cousins).
One can easily imagine that with different incentives and constraints, the Denzel Washington character might have brought the world a product that made the world better, rather than worse.