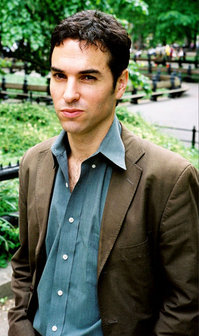 Author Eyal Press. Source of photo: online version of the NYT review quoted and cited below.

(p. C26) Maybe the refined intellectual, engaged with ideas, manages to think herself above petty concerns like nationalism? That was what Mr. Press suspected he would find in Aleksander Jevtic, the Serb who pulled many Croatians from a line of men destined to be tortured or killed in 1991.

“Aleksander Jevtic had somehow avoided internalizing this us-versus-them thinking,” Mr. Press writes, “which I assumed had something do with his education and intellect, a rare skepticism and levelheadedness that enabled him to see past the blinding passions and compellingly simple ideas that drove the logic of hate.”
But when Mr. Press at last meets Mr. Jevtic, he finds not a Balkan Isaiah Berlin, nor a soldier-philosopher like Orwell. This lifesaver, this ethical prince among men, turns out to be a slovenly couch potato living off rents he collects from a building he owns: “He also liked sleeping late, hanging out with friends, and watching sports” on his “giant flat-screen television.”
Mr. Press surveys the findings of social scientists and neuroscientists, but none of them have entirely figured out where bravery comes from. Every beautiful soul is different.
Mr. Jevtic’s wife is Croatian, which certainly helped him think of the enemy as human. But Mr. Jevtic is also a misanthrope, and his natural social isolation helped him hear the call of an instinctive decency; he didn’t care what his fellow Serbians, including his commanding officers, might think.
He “wasn’t in the business of making good impressions,” Mr. Press writes. “His obliviousness to what others thought wasn’t necessarily his most becoming feature. But it had served him well in 1991.”

The book under review is:
Press, Eyal. Beautiful Souls: Saying No, Breaking Ranks, and Heeding the Voice of Conscience in Dark Times. New York: Farrar, Straus and Giroux, 2012. 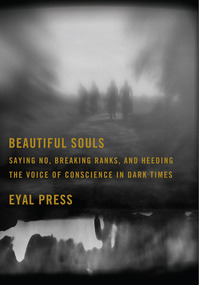