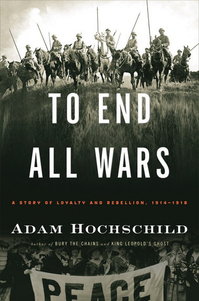 Reading the review quoted below, reminded me of how much I will miss Christopher Hitchens.

(p. 12) If General Pershing’s fresh and plucky troops had not reached the scene in the closing stages of the bloodbath, universal exhaustion would almost certainly have compelled an earlier armistice, on less savage terms. Without President Wilson’s intervention, the incensed and traumatized French would never have been able to impose terms of humiliation on Germany; the very terms that Hitler was to reverse, by such relentless means, a matter of two decades later. In this light, the great American socialist Eugene V. Debs, who publicly opposed the war and was kept in prison by a vindictive Wilson until long after its ending, looks like a prescient hero. Indeed, so do many of the antiwar militants to whose often-buried record Hochschild has done honor. (Unsentimental to the last, though, he shows that many of them went on to lose or waste their lives on Bolshevism, the other great mutant system to emerge from the abattoir.) This is a book to make one feel deeply and painfully, and also to think hard.

The book under review is:
Hochschild, Adam. To End All Wars: A Story of Loyalty and Rebellion, 1914-1918. New York: Houghton Mifflin Harcourt Publishing Co., 2011.