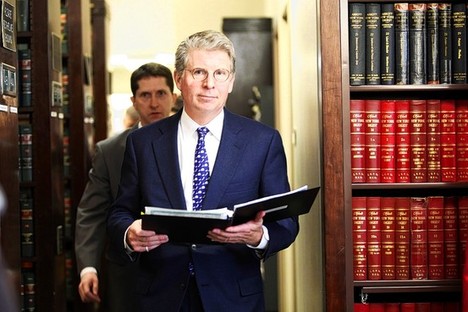 (p. C13) Before a recent business trip to Israel, someone handed me a copy of “Start-Up Nation: The Story of Israel’s Economic Miracle,” a book by Dan Senor and Saul Singer about Israel’s culture of innovation and entrepreneurialism. I had finished the book on the overnight flight to Tel Aviv. When I returned home a week later, based on what I had seen in Israel, I purchased multiple copies and handed them out to senior staff who work with me.

“Start-Up Nation” recounts and dissects how Israel, in just 60 years, has thrived as an economy, creating an environment where talent and technology have attracted more venture-capital dollars per person than any other country in the world.
In a nutshell, and admittedly oversimplifying, the authors boil Israel’s success down to a few, core themes. First, Israel was born into and exists in an adverse political environment. Surrounded by hostile neighbors, Israelis survived–and thrived–by adapting quickly, making the most out of limited resources and taking on outsize challenges without fear or undue regard for authority. The latter quality might be called chutzpah. Second, Israelis all participate in military service, before university. The skills they learn in the military, and the maturity they gain from military service, make their work force better skilled and more capable of better teamwork at the entry level on up.
If my recent visit provides any evidence of national characteristics, Israelis question authority, openly and all the time. At any given meal, whether it included ordinary citizens, generals, government officials or business executives, deference was in short supply. No quarter is given. But debate and disagreement create a climate of self-awareness. That in turns helps to create a culture of achievement.
So why did I give copies of the book to my senior staff? I believe in a bottom-up organizational culture, where problems are identified, raised and solved by the line employees who make the enterprise run. Our American system–and especially our legal and government cultures–frequently operates with a top-down style, which can discourage creativity and individualism.
The one thing that I am not planning to do is give copies of “Start-Up Nation” to my children until they graduate from college and have left the house. They have questioned my authority enough already.

For the full book discussion, see:
Cyrus Vance. “Twelve Months of Reading: Cyrus Vance.” The Wall Street Journal (Sat., December 17, 2011): C13.
(Note: the broad multi-page article was sub-divided into sections headed by the name of the person who was writing the book advice in that section. Internally the broad article seemed to be entitled “Books of the Year.”)