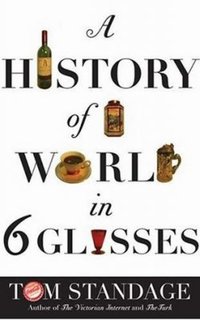 (p. 8) Like coffee itself, coffeehouses were an import from the Arab world.
. . .
Patrons were not merely permitted but encouraged to strike up conversations with strangers from entirely different walks of life. As the poet Samuel Butler put it, “gentleman, mechanic, lord, and scoundrel mix, and are all of a piece.”
. . .
. . . , coffeehouses were in fact crucibles of creativity, because of the way in which they facilitated the mixing of both people and ideas. Members of the Royal Society, England’s pioneering scientific society, frequently retired to coffeehouses to extend their discussions. Scientists often conducted experiments and gave lectures in coffeehouses, and because admission cost just a penny (the price of a single cup), coffeehouses were sometimes referred to as “penny universities.” It was a coffeehouse argument among several fellow scientists that spurred Isaac Newton to write his “Principia Mathematica,” one of the foundational works of modern science.
Coffeehouses were platforms for innovation in the world of business, too. Merchants used coffeehouses as meeting rooms, which gave rise to new companies and new business models. A London coffeehouse called Jonathan’s, where merchants kept particular tables at which they would transact their business, turned into the London Stock Exchange. Edward Lloyd’s coffeehouse, a popular meeting place for ship captains, shipowners and traders, became the famous insurance market Lloyd’s.
And the economist Adam Smith wrote much of his masterpiece “The Wealth of Nations” in the British Coffee House, a popular meeting place for Scottish intellectuals, among whom he circulated early drafts of his book for discussion.

The author of the commentary is also the author of a related book:
Standage, Tom. A History of the World in Six Glasses. New York: Walker & Company, 2005.