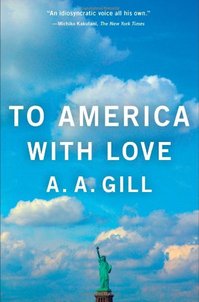 (p. C6) In his new book, “To America With Love,” the British critic A. A. Gill attempts to make up for his fellow Britons’ grouchiness, sending the United States a frilly, funny valentine.
. . .
Perhaps the most provocative thing in “To America With Love” is Mr. Gill’s European take on our history of immigration. He argues that America over the years has been a magnet, drawing “the young and the strong from Europe; the adventurous, the clever, and the skilled.”
In the United States, “immigration is the story of hope and achievement, of youth, of freedom, of creation,” he writes. “But all entrances on one stage are exits elsewhere. In Europe it is loss. Every one a farewell, a failure, a sadness, a defeat.” Between 1800 and 1914, he says, “more than 30 million Europeans immigrated to the New World: one in four Irishmen, one in five Swedes, three million Germans, five million Poles, four million Italians. There is not a country, a community, a village or household that wasn’t affected by the lure of the West.”
As Mr. Gill sees it, much of the bitterness that animates trans-Atlantic relationships (Europeans, he says, patronize America “for being a big, dumb, fat, belligerent child”) can be traced back to this dynamic. “The belittling, the discounting, the mocking of the States is not about them at all,” he writes. “It’s about us, back here in the ancient, classical, civilized continent.”
Europe’s view of America, he contends, “has been formed and deformed by the truth that we are the ones who stayed behind, for all those good, bad and lazy reasons: because of caution, for comfort, for conformity and obligation, but mostly, I suspect, because of habit and fear. We didn’t take the risky road.”

For the full review, see:
MICHIKO KAKUTANI. “BOOKS OF THE TIMES; A Rebellious Trans-Atlantic Infatuation: Take That, Mrs. Trollope!” The New York Times (Thurs., August 22, 2013): C6.
(Note: ellipsis added.)
(Note: the online version of the review has the date August 21, 2013.) 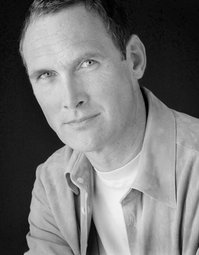 “A. A. Gill” Source of caption and photo: online version of the NYT review quoted and cited above.