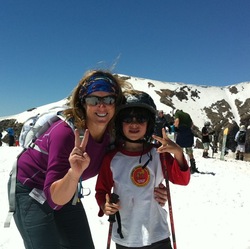 (p. D8) As Amazon’s first chief financial officer, Ms. Covey helped take the company public and was an independent-minded advocate for Amazon’s plans to ignore Wall Street and invest for the future. That notion, radical in its day, was the foundation for Amazon’s growth into a $61 billion retailing and entertainment behemoth.

In its early days, Amazon prided itself on its unconventional hires, telling staffing agencies to “send us your freaks.” Ms. Covey did not have a traditional background. She dropped out of high school at 15 and worked as a grocery clerk. She attended Cal State Fresno and later Harvard Law School, where, she said, she did not fit in.
“We’d go to lunch and people would talk about their favorite 17th-century poets, and I’d be thinking, ‘Could I even name five poets? From any century?’ ”
But after joining Amazon in late 1996, when its annual revenue was less than $20 million, she thrived. She sold Wall Street the debt that the company needed to expand. The company went public on May 14, 1997, with an initial offering price of $18. Shares this week were selling for more than $312. Her own wealth is estimated at more than $200 million.