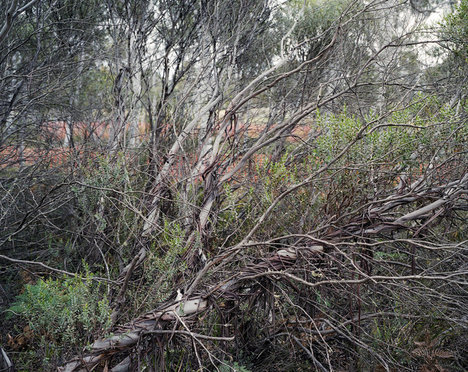 “Rare Eucalyptus (species redacted for protection) (13,000 years old; New South Wales, Australia). This critically endangered eucalyptus is around 13,000 years old, and one of fewer than five individuals of its kind left on the planet. The species name might hint too heavily at its location, so it has been redacted.” Source of caption and photo: online version of the WSJ article quoted and cited below.

(p. C12) Photographer Rachel Sussman has spent the past decade looking for the oldest things alive.   . . .    She documents 30 of those organisms in her new book, “The Oldest Living Things in the World” (University of Chicago Press, $45).

The book under review is:
Sussman, Rachel. The Oldest Living Things in the World. Chicago: University of Chicago Press, 2014. 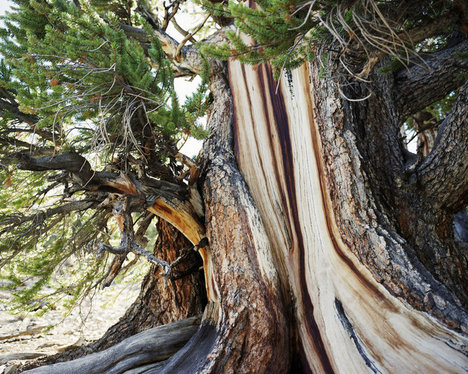 “Bristlecone Pine (White Mountains, California). Bristlecone pines are the oldest unitary organisms in the world, known to surpass 5,000 years in age. In the 1960s, a then-grad student cut down what would have been the oldest known tree in the world while retrieving a lost coring bit. A cross section of that tree was placed in a Nevada casino.” Source of caption and photo: online version of the WSJ review quoted and cited above.