“This photo taken from the International Space Station in 2004 shows the abundance of ice in the Himalayas, upon which much of the continent of Asia relies for water.” Source of caption and photo: online version of the Omaha World-Herald article quoted and cited below.

(p. 1A) Two UNO professors have discovered that some glaciers in Pakistan are growing in size — a discovery that could toss them into the center of a climate-change controversy.

(p. 2A) News of the research is beginning to leak into science publications. “Science” magazine, for instance, mentioned the as-yet unpublished University of Nebraska at Omaha research in a November story about the debate over Himalayan glaciers.
The UNO research team will attract more attention Friday, when Shroder and Bishop give their presentation at the American Geophysical Union’s annual conference.
What they’ll present is decades in the making: Shroder first received federal funding to study Afghanistan’s geography and geology in 1977, and he has taken 20 research trips to Pakistan since then.
Using a grant from the U.S. National Science Foundation, Shroder and Bishop and a team of graduate students trekked to a group of glaciers clustered around K2, the second-highest mountain in the world, in 2005.
What they found was startling: Their on-the-ground research and satellite images show that many of the glaciers are growing in the rugged, mostly uninhabited region on the Pakistani-Chinese border.
. . .

Shroder achieved brief fame in intelligence circles when he snuck from Kabul to the Salang Pass in northern Afghanistan in the 1980s. There, he took photos of North Korean troops who had crossed the border to support the Red Army — knowledge that American intelligence agencies didn’t have until Shroder handed over the photos.
Now the veteran professor is bracing himself for a potential backlash when the UNO team’s research paper comes out in the next few weeks. 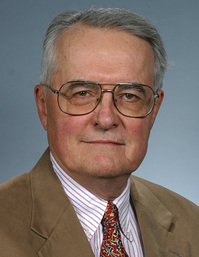