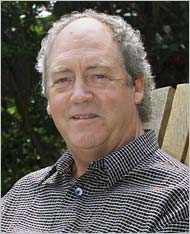 (p. A24) WASHINGTON, April 24 — The nuclear industry has hired Christie Whitman, the former administrator of the Environmental Protection Agency, and Patrick Moore, a co-founder of Greenpeace, the environmental organization, to lead a public relations campaign for new reactors.

Nuclear power is "environmentally friendly, affordable, clean, dependable and safe," Mrs. Whitman said at a news conference on Monday.  She said that as the E.P.A. leader for two and a half years, ending in June 2003, and as governor of New Jersey for seven years, she had promoted various means to reduce the emission of gases that cause global warming and pollution.

But Mrs. Whitman said that "none of them will have as great a positive impact on our environment as will increasing our ability to generate electricity from nuclear power."

Mr. Moore said he favored efficiency and renewable energy, but added that solar cells, which produce electricity from sunlight, were "being given too much emphasis and taking too much money."  A dollar spent on geothermal energy, he said, was "10 to 12 times more effective in reducing greenhouse emissions."

Mr. Moore is the director of a company that distributes geothermal systems in Canada.  He is also a supporter of what he called "sustainable forestry" because, he said, building with wood avoided the use of materials whose manufacture releases greenhouse gases, like steel and concrete.

Mr. Moore, who left Greenpeace in 1986, favors many technologies that some environmentalists oppose, including the genetic engineering of crops, and has referred to his former colleagues as "environmental extremists" and "anti-human."

Representatives of the United States Chamber of Commerce and the Teamsters also spoke in favor of new reactors.