Twenty years ago (April 25, 1986), the Chernobyl nuclear accident sent a plume of radiation into the air above Ukraine.  The word "Chernobyl" remains the most emotionally charged argument used by the opponents of nuclear energy.  But if examined carefully, the main lesson from Chernobyl may be that what happened there cannot occur in the better designed light water reactors used in the United States, and most of the rest of the world.  William Sweet, the author of the commentary below, has also authored Kicking the Carbon Habit:  Global Warming and the Case for Renewable and Nuclear Energy.

(p. A23) . . . , though it went unnoticed at the time and has been inadequately appreciated since, Chernobyl also cast into relief the positive features of the reactors used in the United States and most other advanced industrial countries.

The reactor at Chernobyl belonged to a class that was especially vulnerable to runaway reactions.  When operating at low power, if such reactors lost water, their reactivity could suddenly take off and very rapidly reach a threshold beyond which they could only explode.  Making matters worse, surprisingly little more pressure than normal in the machine’s water channels would lift its lid, snapping the vital control rods and fuel channels that entered the reactor’s core.

On the night of April 25, 1986, poorly trained and supervised plant operators conducted an ill-conceived experiment, putting the machine into the very state in which reactivity was most likely to spike.  Within a fraction of a second, the reactor went from being barely on to power levels many times higher than the maximum intended.

This kind of accident cannot happen in the so-called light water reactors used in the United States and most of Western Europe and Asia.  In these reactors, the water functions not only as a coolant but as a "moderator": self-sustaining nuclear chain reactions cannot take place in its absence.  This is a very useful passive safety feature.  If coolant runs low, there is still a danger of a core meltdown, because the fuel retains heat; but the reactor will have automatically and immediately turned itself off.

The reference to Sweet’s related book is: 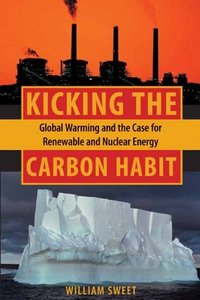