When employees jump from company to company, they take their knowledge with them.  ”The innovation from one firm will tend to bleed over into other firms,” Professor Rebitzer explained.  For a given company, ”it’s hard to capture the returns on your innovation,” he went on.  ”From an economics perspective, that should hamper innovation.”

He found a possible answer to the puzzle in the work of two management scholars, Carliss Y. Baldwin and Kim B. Clark.  In their book ”Design Rules:  The Power of Modularity” (MIT Press, 2000), they argued that when there is a lot of technological uncertainty, the fastest way to find the best solution is to permit lots of independent experiments.  That requires modular designs rather than tightly integrated systems.

”By having a lot of modular experimenters, you can take the best, which will be a lot better than the average,” Professor Rebitzer said.  Employee mobility may encourage productive innovation, as people quickly move to whichever company comes up with the best new technology.

To Professor Rebitzer’s surprise (though not his co-authors’), it turns out that Silicon Valley employees really do move around more often than other people.  The researchers looked at job changes by male college graduates from 1994 to 2001.  During that period, an average of 2.41 percent of respondents changed jobs in any given month.

But, they write, ”living in Silicon Valley increases the rate of employer-to-employer job change by 0.8 percentage point.”

”This effect is both statistically and behaviorally significant — suggesting employer-to-employer mobility rates are 40 percent higher than the sample average.”

The book Postrel praises, is: 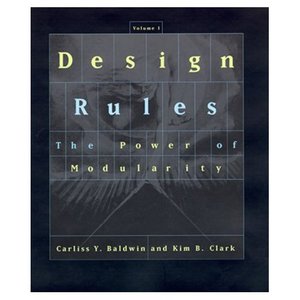