In the old days a “liberal” was someone who believed in freedom, including free markets and minimal government. Milton Friedman defended “liberal” in its original sense in his article “Liberalism, Old Style.”
At some point the left hijacked the word, at least in the United States. (I understand that in much of the rest of the world “liberal” still retains more of its original meaning.)
Maybe there’s some defensible justification for hijacking a word, but most of the time it seems like a dishonest and cowardly way to win an argument by muddying up the debate.
Dan Klein and Kevin Frei are trying to reclaim the word “liberal” from the pirates of the left. As part of their effort, they have proclaimed June 16th to be “Liberalism Day.”
I believe their cause is just, but I am not sure it is efficient. Time and effort are scarce, so we must pick our battles.
On the other hand, the meaning of “libertarian” has narrowed over recent decades. It used to be that most libertarians believed in minimal government; increasingly more libertarians endorse anarchism. It used to be that most libertarians believed in national defense; increasingly more libertarians endorse total isolationism.
I do believe in some minimal night-watchman state, and I do believe that sometimes there is evil in the world that must be fought. So maybe I should start calling myself a “liberal” in the original sense, what Friedman called a “classical liberal”? 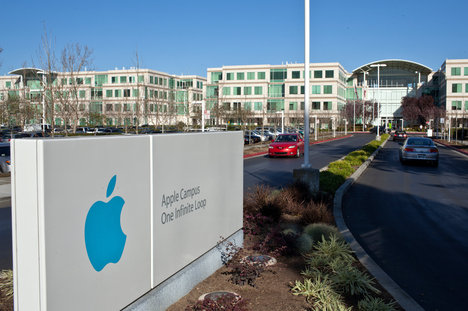 “New bonds sold by Apple have been called “Giffen goods,” after Sir Robert Giffen, a Scottish economist who noted that the prices of some goods can defy the laws of supply and demand.” Source of caption and photo: online version of the NYT article quoted and cited below.

(p. B1) . . . Hans Mikkelsen, a credit strategist at Bank of America Merrill Lynch, promptly proclaimed that “Apple bonds are Giffen goods.”
Giffen goods, named after Sir Robert Giffen, a 19th-century Scottish statistician and economist who discovered they could exist, defy the normal law of supply and demand. Raise the price, and people will buy more.
They are extremely rare.
The classic example — and the only one I had heard of before Apple sold its new bonds — was potatoes at a time when they were the chief source of nourishment for Irish peasants. If potato prices fell, the peasants could afford more meat and would therefore eat fewer potatoes. When potato prices rose, they could no longer afford meat and would consume more potatoes. 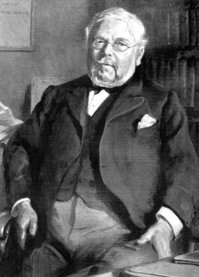 “Sir Robert Giffen was a Scottish economist.” Source of caption and photo: online version of the NYT article quoted and cited above.

(p. 221) Edison’s partial loss of hearing prevented him from listening to music in the same way as those with unimpaired hearing. A little item that appeared in a Schenectady, New York, newspaper in 1913 related the story that Edison supposedly told a friend about how he usually listened to recordings by placing one ear directly against the phonograph’s cabinet. But if he detected a sound too faint to hear in this fashion, Edison said, “I bite my teeth in the wood good and hard and then I get it good and strong.” The story would be confirmed decades later in (p. 222) Madeleine’s recollections of growing up. One day she came into the sitting room in which someone was playing the piano and a guest, Maria Montessori, was in tears, watching Edison listen the only way that he could, teeth biting the piano. “She thought it was pathetic,” Madeleine said, “I guess it was.” 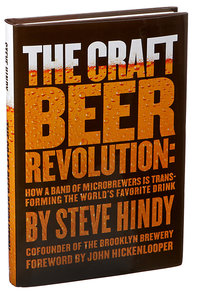 (p. 6) The story of craft beer’s rise begins in 1965, when Fritz Maytag, an heir to the Maytag appliance fortune, bought and revived the Anchor Steam brewery in San Francisco, thus inspiring a generation of so-called home brewers to begin considering commercial ventures.
. . .
A 1976 federal tax reduction for small brewers fueled the industry’s growth.
. . .
For years, the greatest challenge for craft brewers was distribution — simply getting restaurants and grocery stores to sell their product. Most wholesale beer distributors, Mr. Hindy writes, were heavily reliant on the three megabreweries — Anheuser-Busch, Miller and Coors — and couldn’t be bothered to spend time pushing obscure brands whose makers rarely had enough money to advertise. In 1996, Augustus Busch III demanded that its distributors devote a “100 percent share of mind” to Busch products. That left most microbrewers to beg and wheedle the Miller and Coors distributors, a situation so frustrating that, in time, Mr. Hindy’s Brooklyn Brewery began distributing its own products.

The book under review is:
Hindy, Steve. The Craft Beer Revolution: How a Band of Microbrewers Is Transforming the World’s Favorite Drink. New York: Palgrave Macmillan, 2014.

Repressing free expression is a natural human weakness, and it is up to us to fight it at every turn. Intolerance of ideas–whether liberal or conservative–is antithetical to individual rights and free societies, and it is no less antithetical to great universities and first-rate scholarship.
There is an idea floating around college campuses–including here at Harvard–that scholars should be funded only if their work conforms to a particular view of justice. There’s a word for that idea: censorship. And it is just a modern-day form of McCarthyism.
. . .
In the 2012 presidential race, according to Federal Election Commission data, 96% of all campaign contributions from Ivy League faculty and employees went to Barack Obama.
Ninety-six percent. There was more disagreement among the old Soviet Politburo than there is among Ivy League donors.
. . .
Diversity of gender, ethnicity, and orientation is important. But a university cannot be great if its faculty is politically homogenous. In fact, the whole purpose of granting tenure to professors is to ensure that they feel free to conduct research on ideas that run afoul of university politics and societal norms.
When tenure was created, it mostly protected liberals whose ideas ran up against conservative norms.
Today, if tenure is going to continue to exist, it must also protect conservatives whose ideas run up against liberal norms. Otherwise, university research–and the professors who conduct it–will lose credibility.
Great universities must not become predictably partisan. And a liberal arts education must not be an education in the art of liberalism. 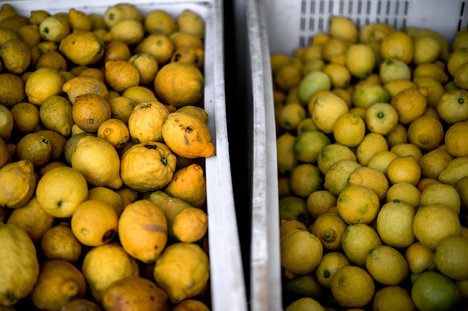 “Lemons sold by Ugly Fruit.” Source of caption and photo: online version of the NYT article quoted and cited below.

(p. 6) At a time of lingering economic hardship for many in the European Union, whose penchant for regulation has extended even to the shape, size and color of the foods its citizens eat, Ms. Soares has bet that there is a market for fruits and vegetables deemed too ugly by government bureaucrats, supermarkets and other retailers to sell to their customers.

Six months ago, she and a handful of volunteers started a cooperative called Fruta Feia, or Ugly Fruit, which in its short life is already verging on a kind of countercultural movement. It has taken off with hard-pressed consumers, won applause from advocates outraged by Europe’s skyrocketing food waste, and provided a backhanded slap to overweening European Union rule makers. In its own way, it has even quietly subverted fixed notions of what is beautiful, or at least edible.
“The E.U. norms are based on the mistaken idea that quality is about appearance,” said Ms. Soares, 31, who formerly worked in Barcelona as a renewable energy consultant. “It’s of course easier to measure the exterior aspect rather than interior features like sugar levels, but that is the wrong way to determine quality.”
She said her goal was “to break the dictatorship of aesthetics, because it has really helped increase food wastage.”
Europe wastes 89 million tons of food a year, according to a study presented in May by the Dutch and Swedish governments, which called on the European Union “to reduce the amount of food waste caused by the labeling system.”
For her part, Ms. Soares estimates that a third of Portugal’s farming produce goes to waste because of the quality standards set by supermarkets and their consumers. She says the waste is also a striking example of misplaced regulatory intervention by the European Union, which has tried to unify food standards across the 28-nation bloc.

(p. 218) Once Edison’s marketers squarely addressed the urban middle class, they devised advertising that made prospective customers feel as entitled to enjoy the pleasures of recorded music as anyone. “When the (p. 219) King of England wants to see a show, they bring the show to the castle and he hears it alone in his private theater.” So said an advertisement in 1906 for the Edison phonograph. It continued: “If you are a king, why don’t you exercise your kingly privilege and have a show of your own in your own house.”